ALL THIS WILL SOMEDAY BE YOURS / Danny Elfanbaum and Julia Lattimer 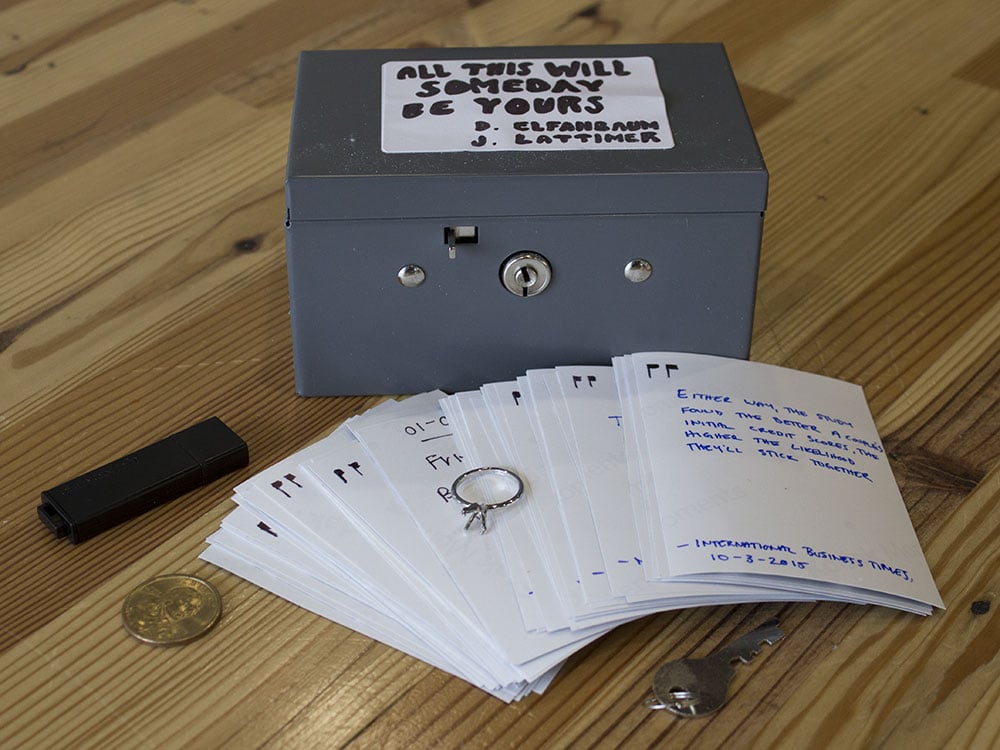 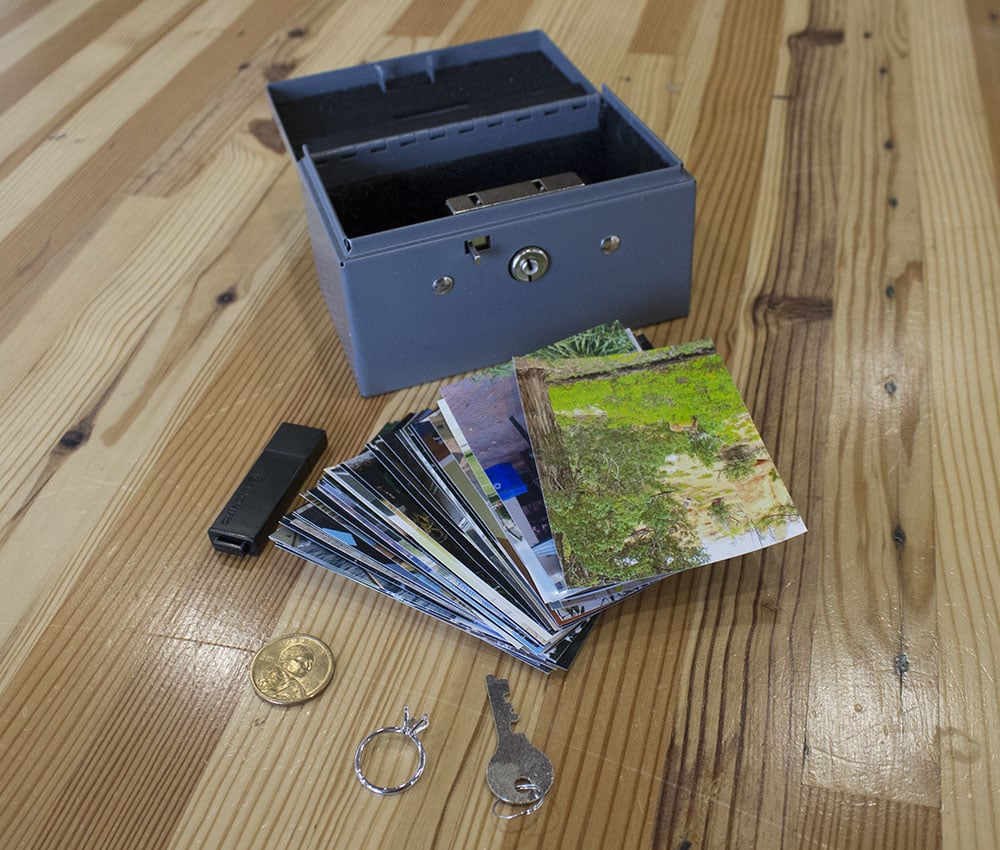 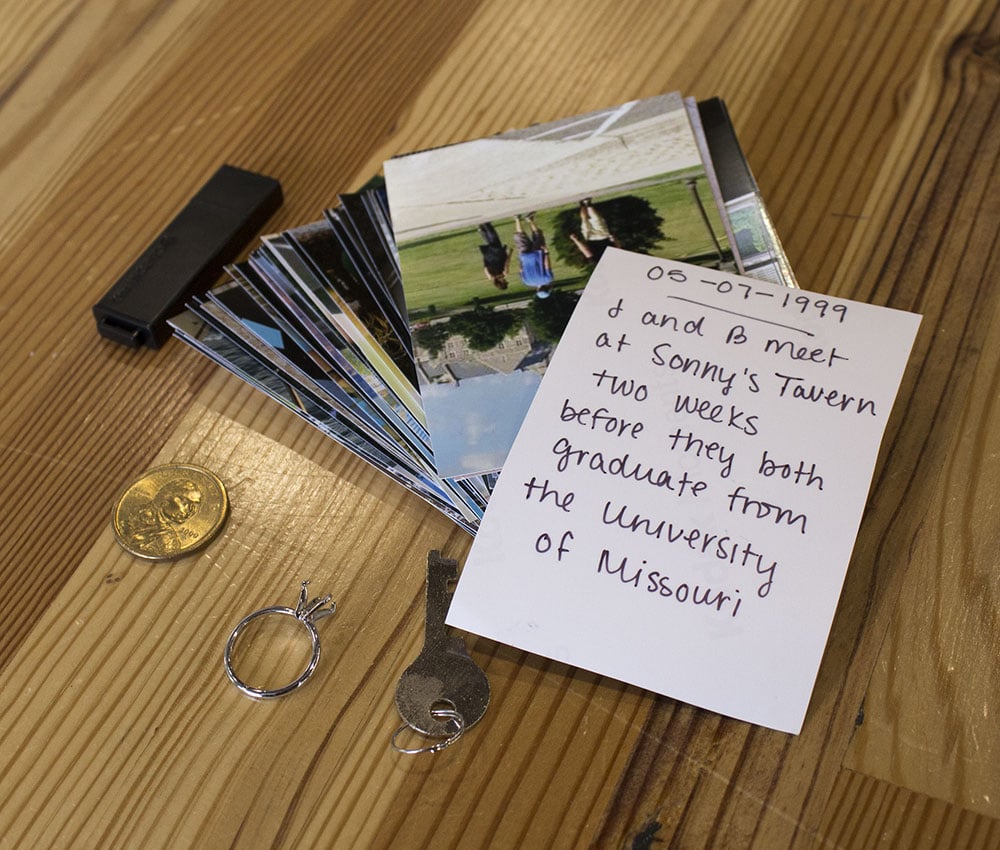 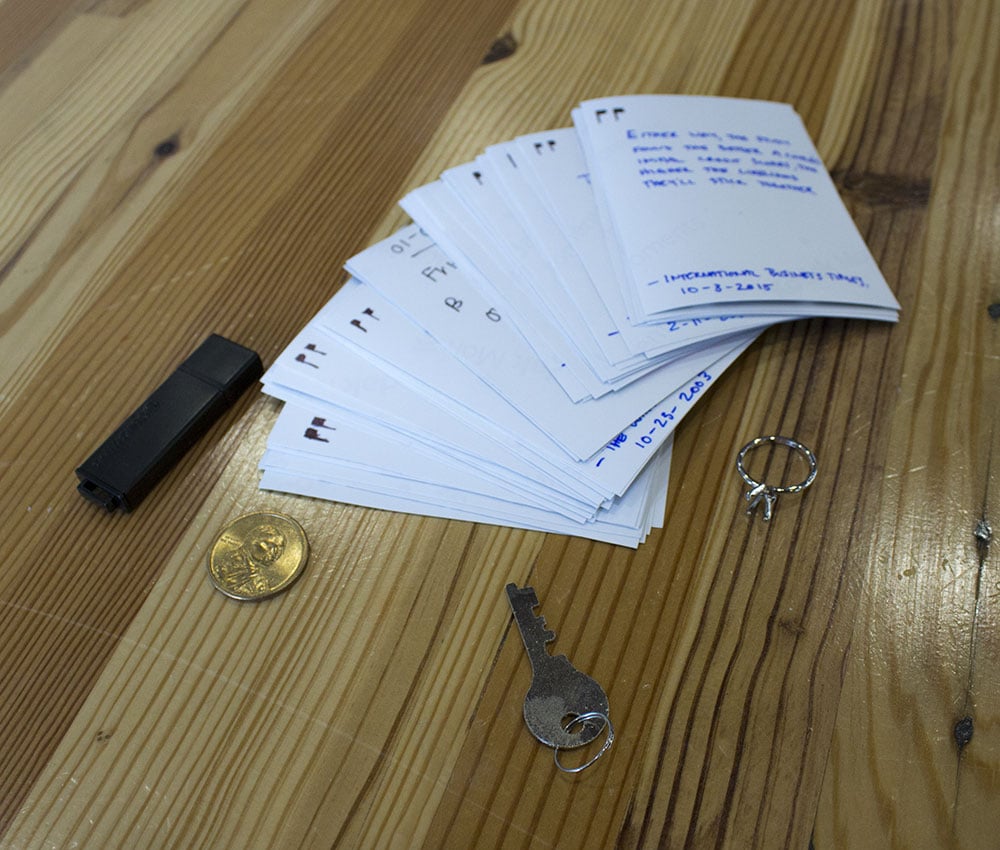 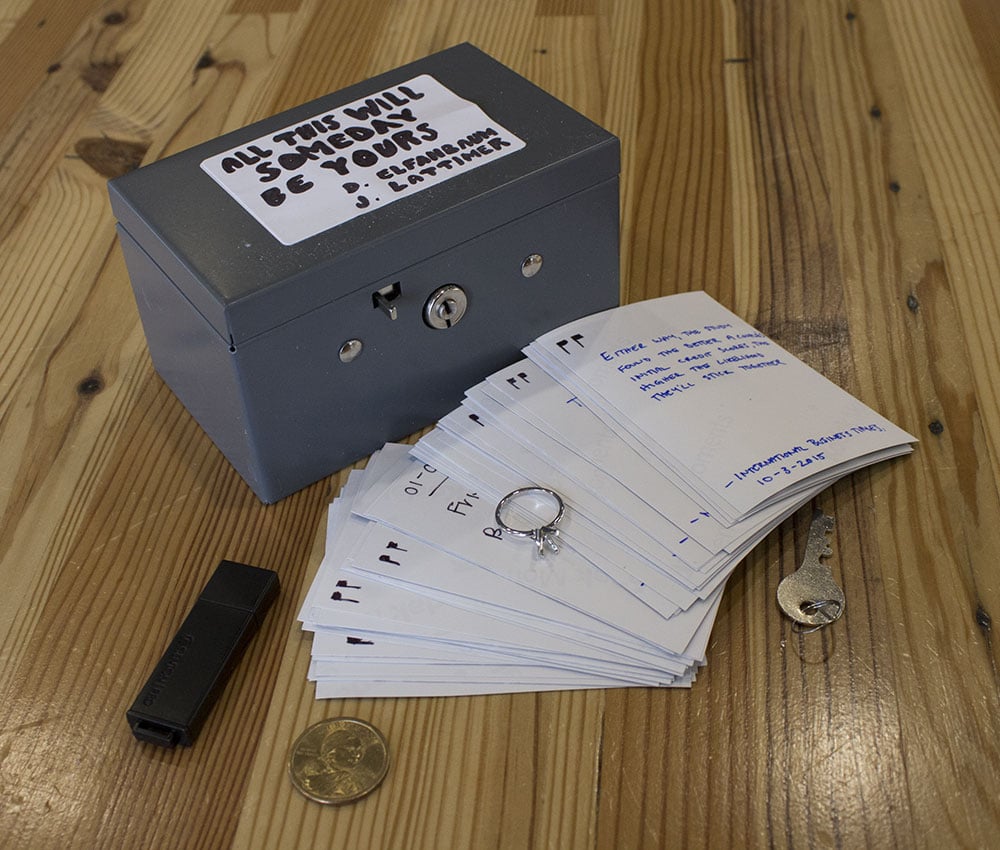 
All This Will Someday Be Yours began with the object we were given as a part of this project, which at first glance we interpreted as a lockbox—a container for important financial documents and memorabilia that’s kept safe in a family home against burglary or fire. The locking feature was of interest to us, as it signaled both the possibility of privacy as well as security, two concepts which interact in countless interesting ways when applied to interpersonal/family relationships. In particular, we were interested in exploring the ways in which memorabilia served as narrative markers and to explore the ways in which relationships operate within capital. We use common means of documenting lived experiences, particularly annotated photographs and heirlooms, to explore these themes.

Inside the lid of the lockbox are three heirlooms—a 2000 Sacagawea $1 gold coin, an engagement ring with the stone pulled out of it, and a USB drive full of financial documents and birth certificates – all of which are, at this point in the narrative, corrupted. These documents/memorabilia explore how this box functions as a container of legacy, of items, narratives, and debts that will be passed down to future generations, as implied by Eve, the offspring of J and B’s relationship in our narrative. We are interested in the ways in which this inheritance is inevitable, how one cannot ever fully escape the material, social, and kinship relationships and circumstances in which one grows up. We have sealed the key to open the box under the title label so that the reader/inheritor is required to “break into” the object in order to engage with its contents, in the same way that any breach of security – whether interpersonal, economic, or physical – requires an intentional rupture.


Julia Lattimer is the Editor-in-chief of Breakwater Review. She was most recently named Editor’s Choice in the 2019 Sandy Crimmons National Prize for Poetry. She runs a monthly queer poetry reading series and is an MFA candidate at UMass Boston.

Daniel Elfanbaum is a writer from St. Louis who now lives outside Boston with his fiancée and their cat. He is currently a candidate in the UMass Boston MFA Program in Creative Writing.
Online Store by Big Cartel
0