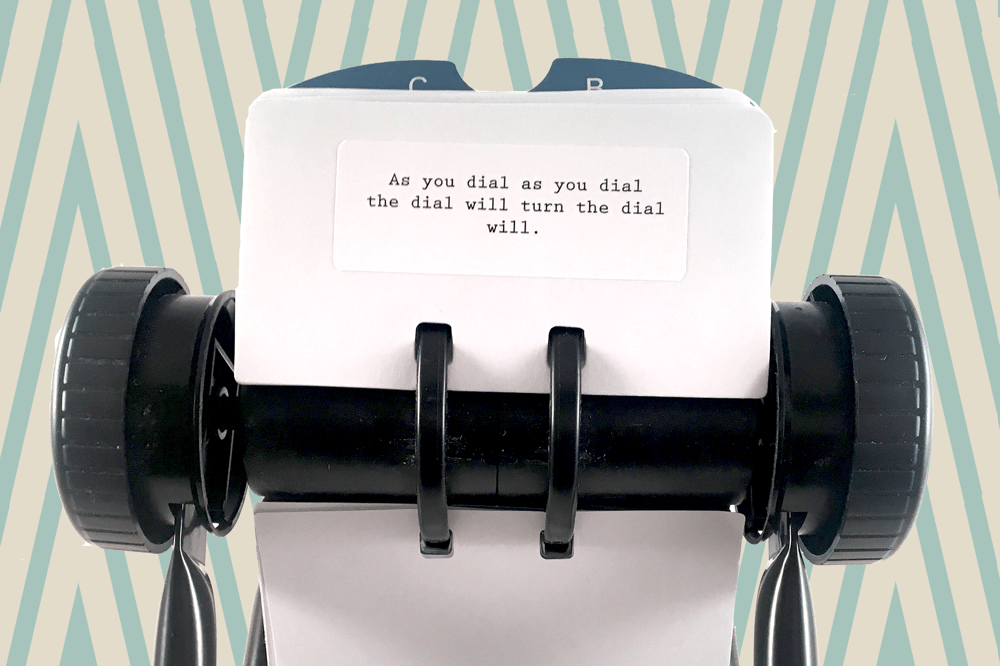 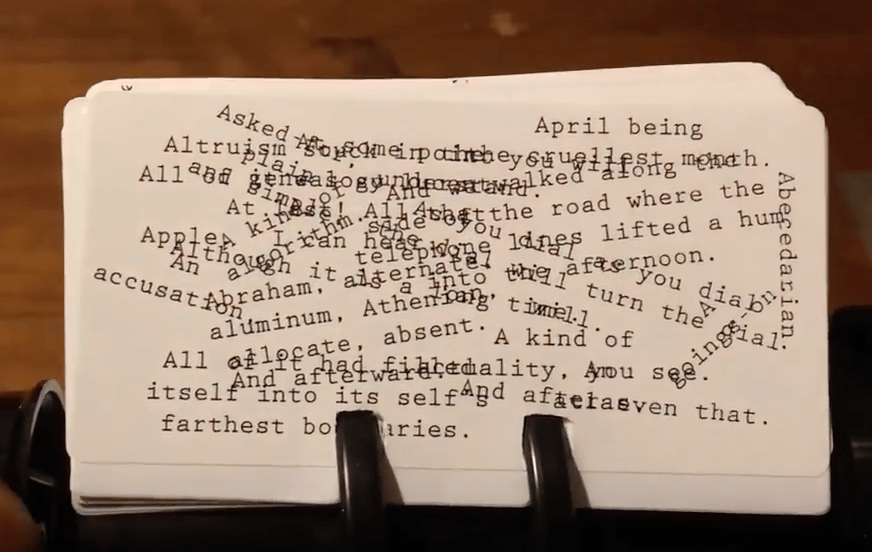 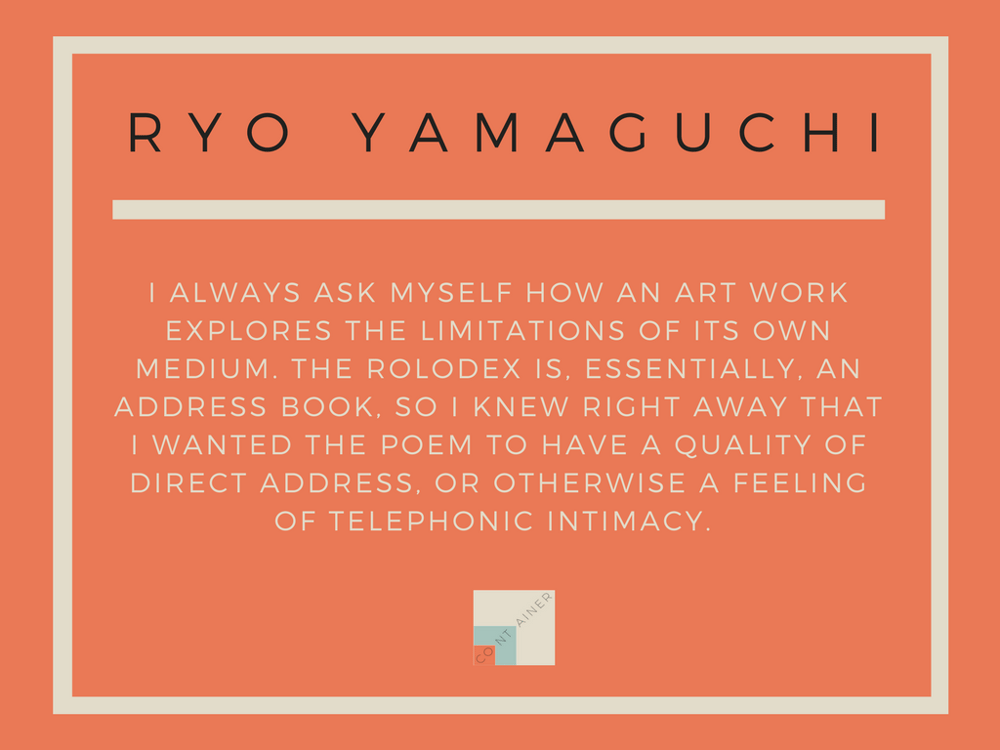 
I always ask myself how an art work explores the limitations of its own medium (this is something of an internalization of Clement Greenberg), so I tried very hard not to subvert the form the rolodex was already providing. It is, essentially, an address book, so I knew right away that I wanted the poem to have a quality of direct address, or otherwise a feeling of telephonic intimacy. This initiated the voice, which I knew would have to adapt over the course of the project to the other prevailing formal characteristic: the rolodex's alphabetical organization.

This second formal quality organizes the poem globally. Each lettered sections contains phrases that begin with and also generally emphasize that letter. This opened up possibilities for all kinds of themes and nexuses between them. For instance, section "L" focuses on love. Section "S" is a sonnet. Section's "I" and "T" function as corresponding if/then statements, and so on. As various prevalences arose, I let the voice shift into their character. Finally, I had to figure out what to do with the combined "X, Y, Z" section. Jumping from the idea that these letters were "smashed together," I decided it could function as in an index (as you can see in the video), with every entry for each letter run superimposed on a single card.

When the rolodex first arrived unadorned in the mail, I spent weeks just holding it in my hand trying to understand it as both a material and social object. Initially I wanted to mar it: paint it, cut it up, etch it, glue it, string it with lights, or produce any number of other materially oriented marks, but the more I sat with it the more I realized what an everyday and strictly functional object it was, relatively cheaply produced and residing firmly in the category of ephemeral office products (alongside binders, manilla folders, reams of paper, packing tape, cheap pens, and so on).

I remembered the Greenberg thing. I looked up how people use the rolodex, and many simply print off mailing labels with contact information. So the only other material I've used is generic mailing labels and the attendant InDesign templates. As such, it was important to me that I also write the poem directly within the template, which became an interesting and different space in which to work--especially as a book publisher who watches manuscripts go through the "process" of design. This project enabled me to bridge composition and design, and while in practice that was done in the intangible space of design software, I found it still lent a more material aspect to the composition process, which was exciting.

Ryo Yamaguchi is the author of The Refusal of Suitors (Noemi Press). His poems have appeared in outlets such as Denver Quarterly, The Iowa Review, and Gulf Coast, among others, and his book reviews and other critical writings can be found regularly at places such as Michigan Quarterly Review and Newpages. He lives in Seattle where he works at Wave Books. Please visit him at plotsandoaths.com.
Online Store by Big Cartel
0