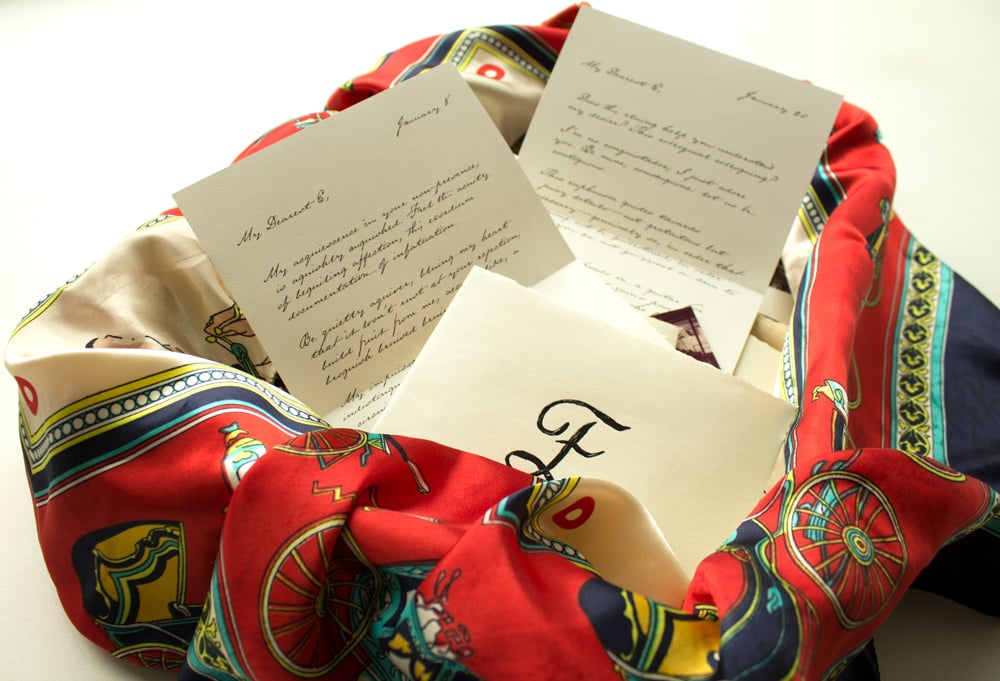 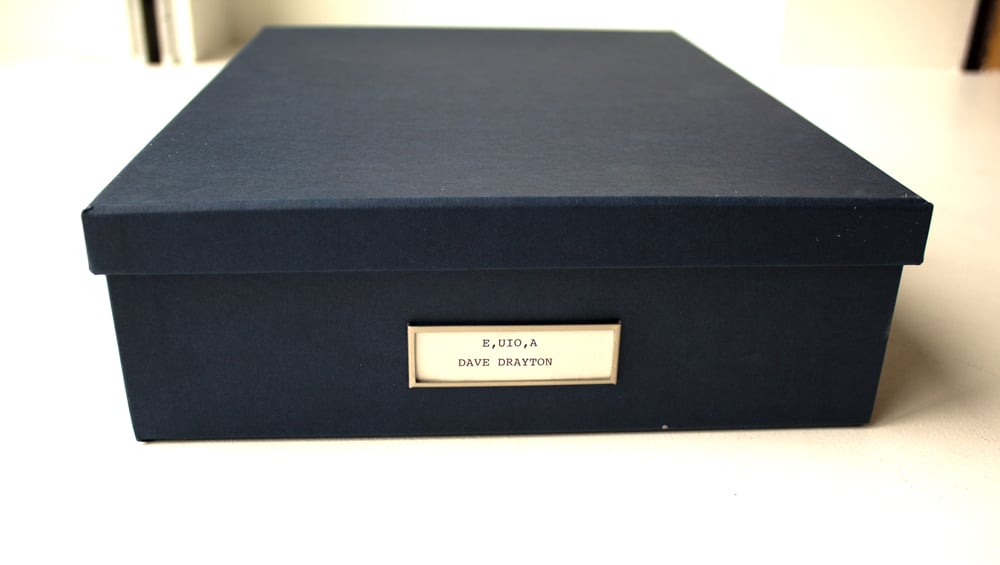 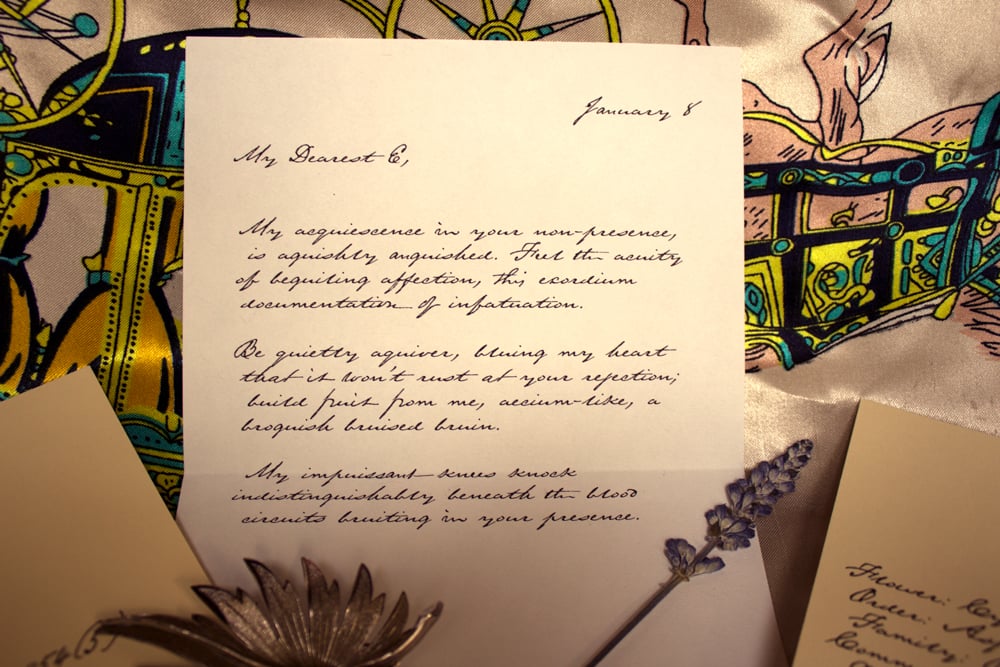 
When the envelopes started arriving, she was quite sure they were love letters. The envelopes: always a tasteful beige with just enough bronze to suggest jewelry or affection.

They never bore her name, at least, not her full name. Each envelope appeared by methods baffling and clandestine, mysterious or metaphysical, marked with a single E, handwritten in black ink that looked wet, but was dry to touch.

When she was younger, she was as good as blind without her glasses. There was a Snellen chart joke -- you know the ones:


So this joke, it was that without her glasses every mark on a Snellen chart, no matter how large, would be just that -- a mark, nondescript, at best resembling a chubby 'I' or swollen period.

She was born Brod Belphatte; shared the nickname of Four Eyes with so many other short-, long-, or barely-sighted others in primary school. After the Snellen gag ran longer than expected and her friends became a little more original with their humor, Four Eyes became IIII (literally four I’s, pronounced 'eee'), which, in turn, became simply E.

It was a pet name, the use of which extended just beyond the realms of intimate relationships. And that was the E marking the front of these envelopes, drawn with each of its arms about as wide as a pinky finger's nail.

The letters were scented, and that too made her quite sure that these were most probably sultry missives. Quite sure, but not quite certain.

Wrapped in the musk, beneath that E that confirmed these were indeed intended for her, were always three pieces of paper.

The first: a letter on unlined, unspoiled white paper that had been filled to various degrees with careful black horizons, all perfectly parallel, a series of black oceans atop one another and perfectly aligned.

The second and third pieces of paper contained a list of general facts about a chemical element and species of flower. Initially, she was uncertain how these came to be included inside otherwise romantic epistolaries, and thought their inclusion may even have been accidental. But the unceasing regularity with which they accompanied the more explicit love letters forced her to acknowledge these unlikely written bosom-buddies--one natural, scientific; one nauseating, explicit; both baffling--as being consciously coupled in the envelopes by their author, her admirer.


E,UIO,A is published as a box of letters and ephemera. Each box contains: E,UIO,A is produced in a limited edition run of 25 copies.

He works as an educator at the University of Technology Sydney and Western Sydney University.
Select option
Online Store by Big Cartel
Add to bag
0