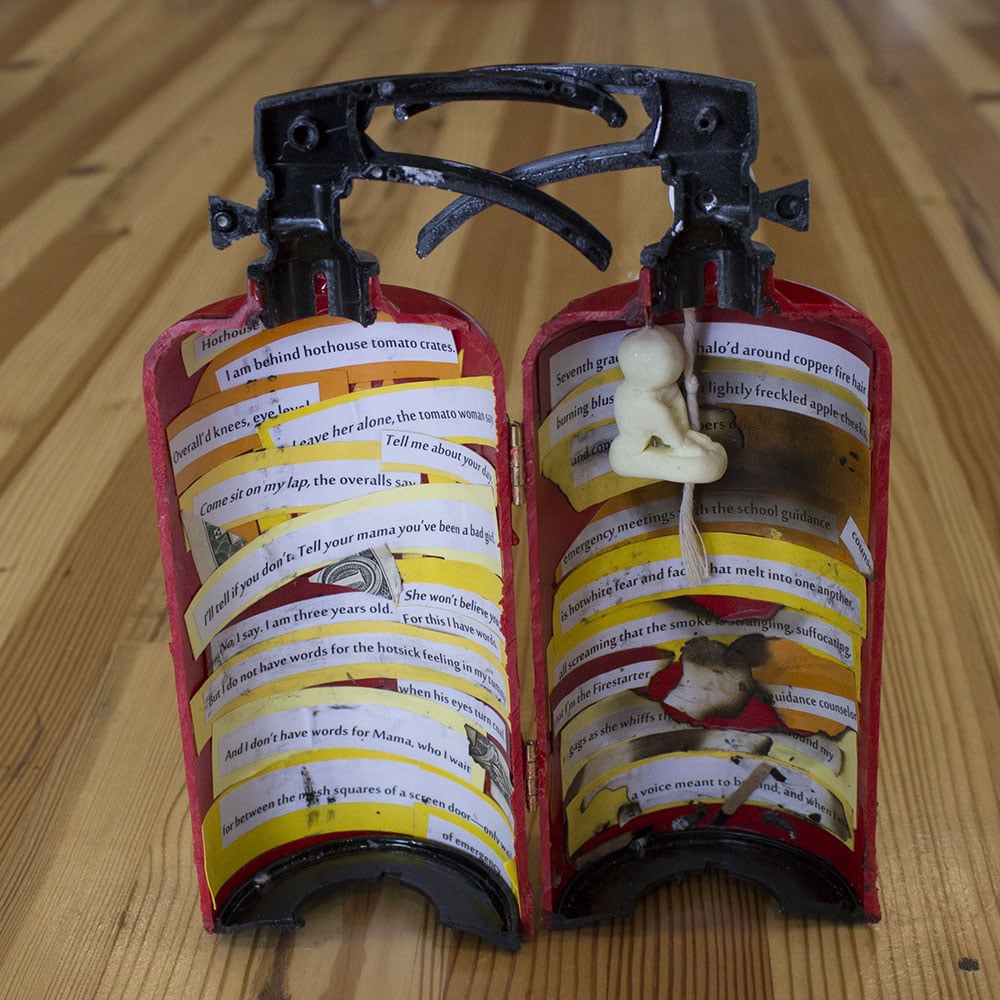 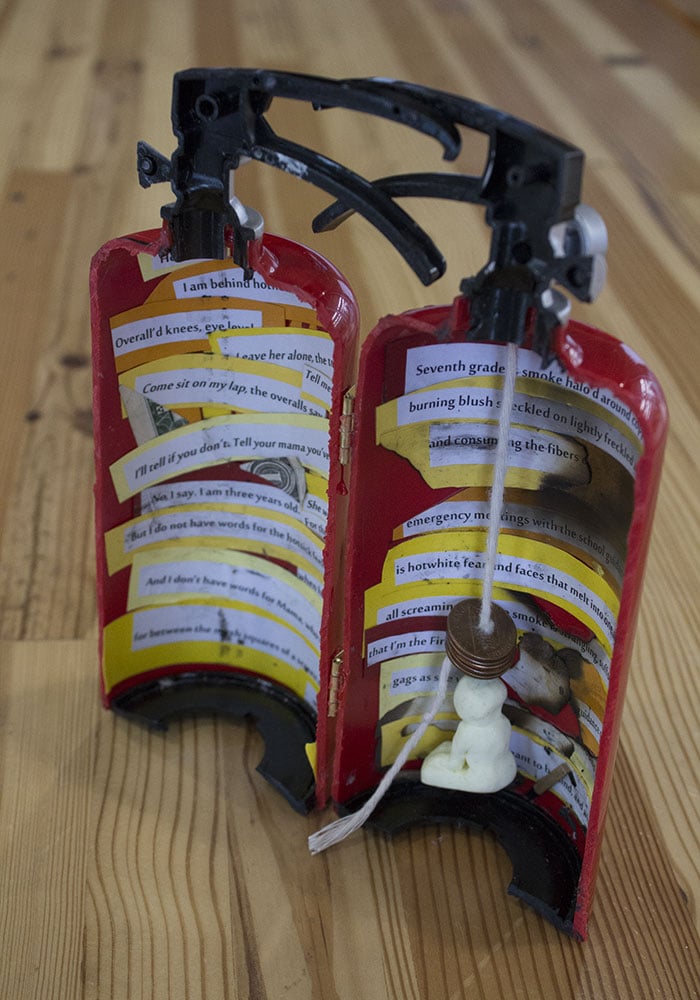 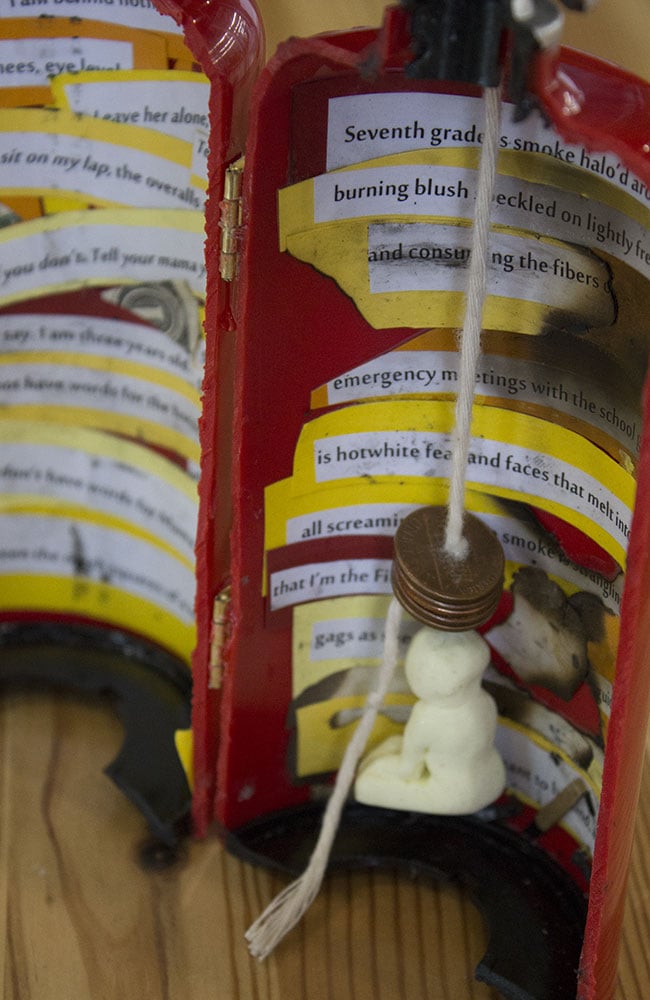 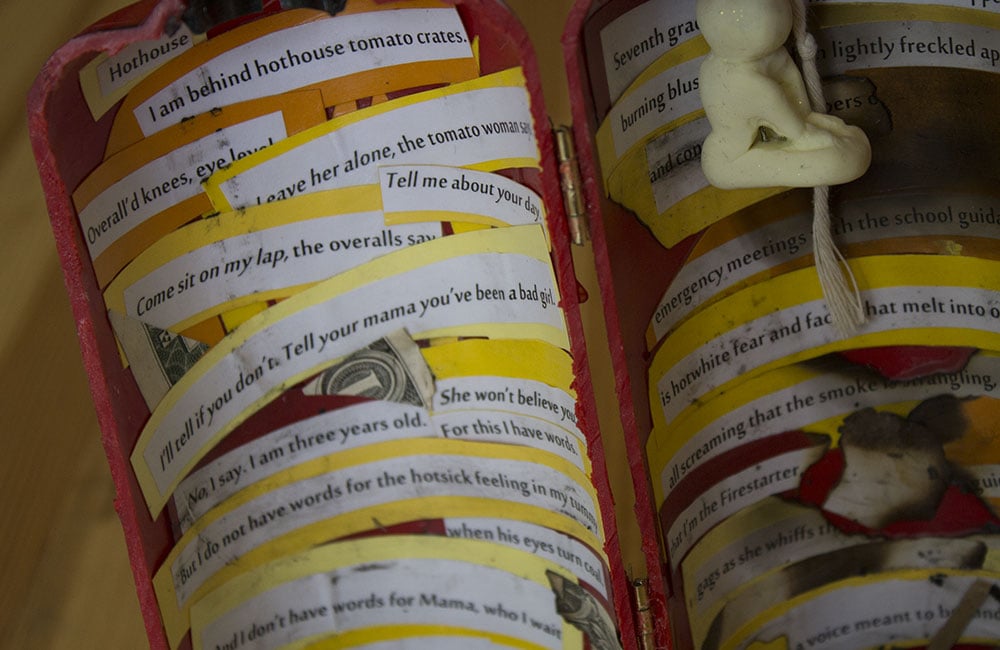 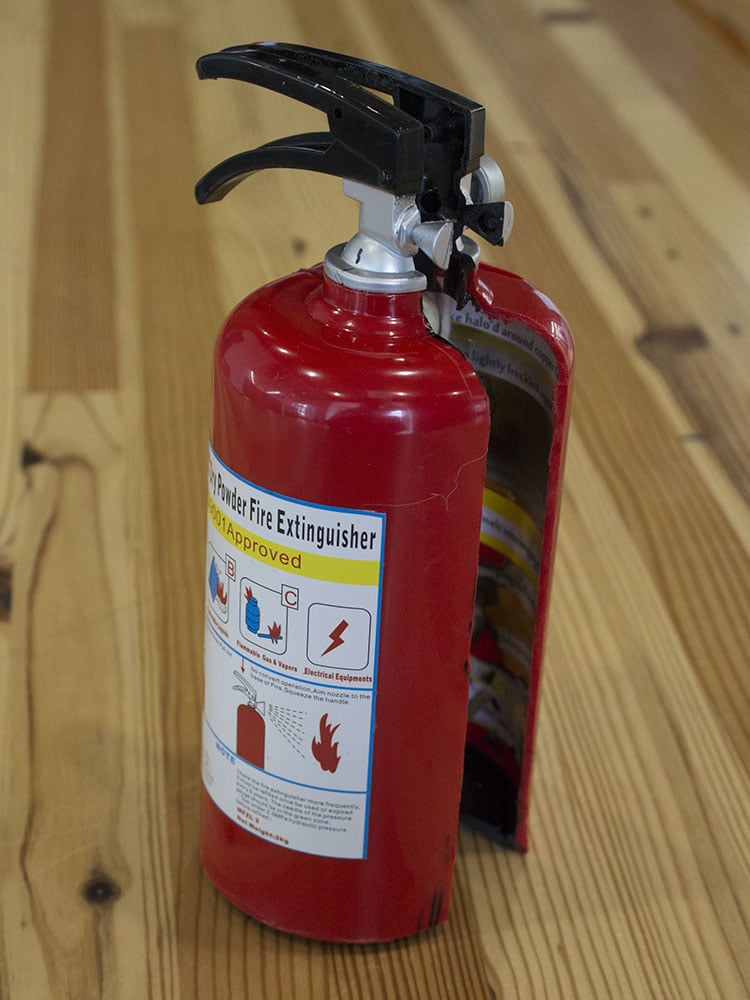 
Access, the haves and have-nots, and the way in which class forms and informs that access is something ever-present in my work.

I was struck at the thought of a bank in the form of a fire extinguisher, as both can be used to put out fires; the extinguisher in the literal sense and the bank (or at least the money within) in a figurative sense. A recent example of this during the devastating California Camp fire: To save their multimillion-dollar California home, Kim Kardashian and husband Kanye West used their means to hire a private firefighter to keep flames away. Money in the bank bought them access to a fire extinguisher—and this became one of the themes on which this piece would build—Who has access to the fire extinguishers of the world? And what does it cost those who merely have the plastic effigy? How far-reaching are the consequences of fires that do not come with access to a means to safely extinguish them?

The works within are poems that especially deal with that latter thought: how far has my own class and thereby lack of access burned me? How deep? How have I created ways to extinguish my own fires through art and how do I restrict access to my own ‘wealth’?

The figure inside can be manipulated/lowered to safety from these fires by sliding money through the bank slot. And in this same way, money keeps the figure down.

In addition to theming the piece around money and access, I wanted to use materials that had a connection to fire. Paper, pennies (the copper or nickel within), clay—the materials used in this piece were subjected to fire or extreme heat in some form or another and this interaction molded and informed the objects present in their current instantiation.


Andria Warren is an East Tennessee native, playing nomad around the Boston area while she completes her MFA in Creative Writing Fiction. Her work focuses on class systems, trauma, and animal companionship. When she isn’t writing, she can be found chasing animals, which she will argue vehemently is research, or photographing minutia that brings her joy in the wide world, which she will pretend is not research.
Online Store by Big Cartel
0