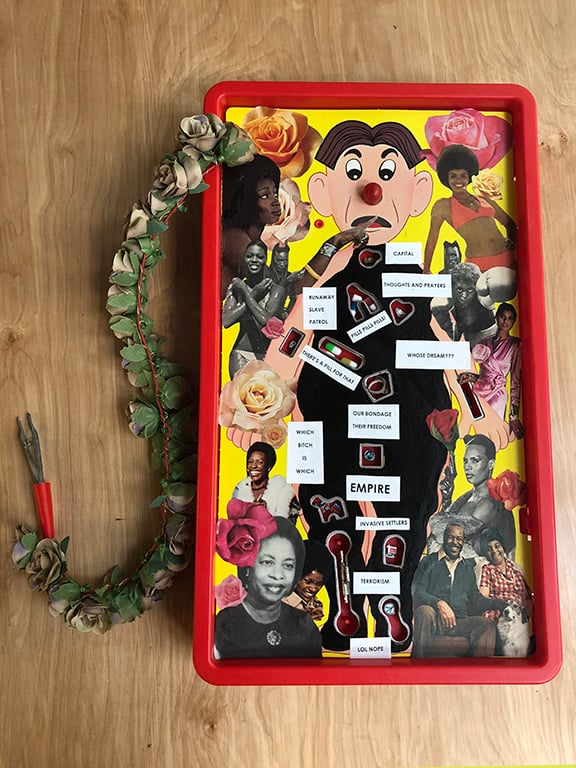 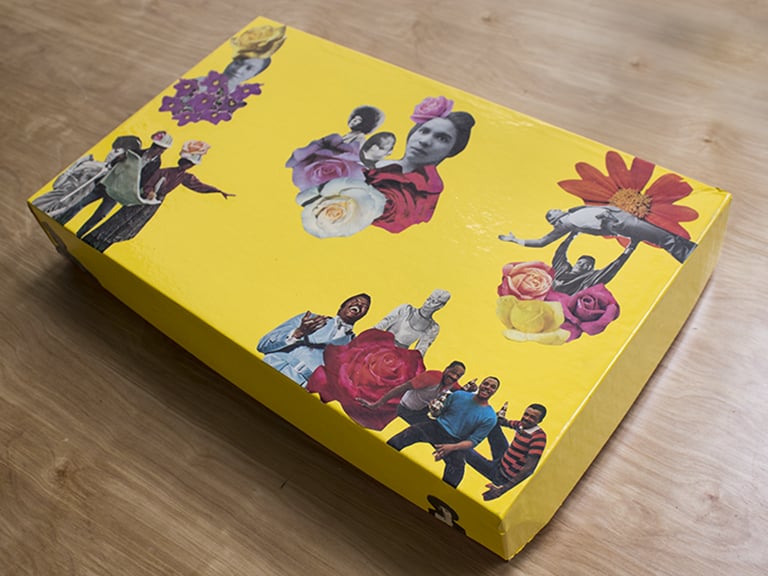 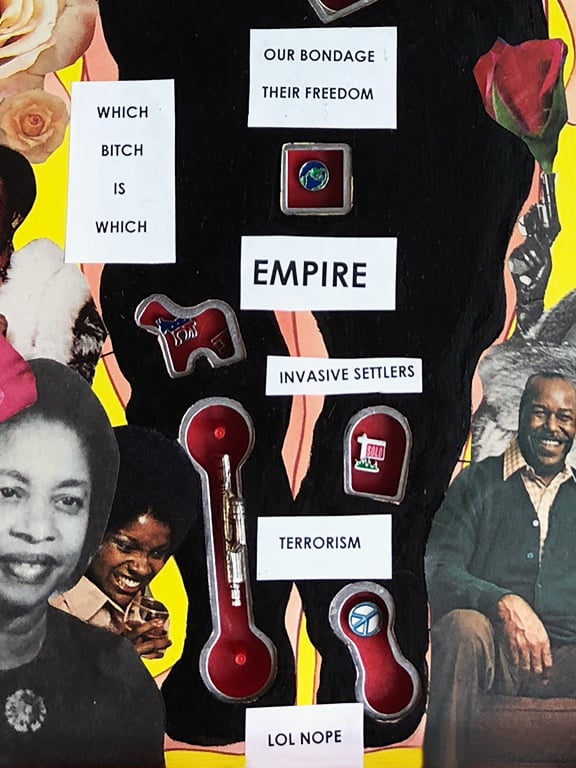 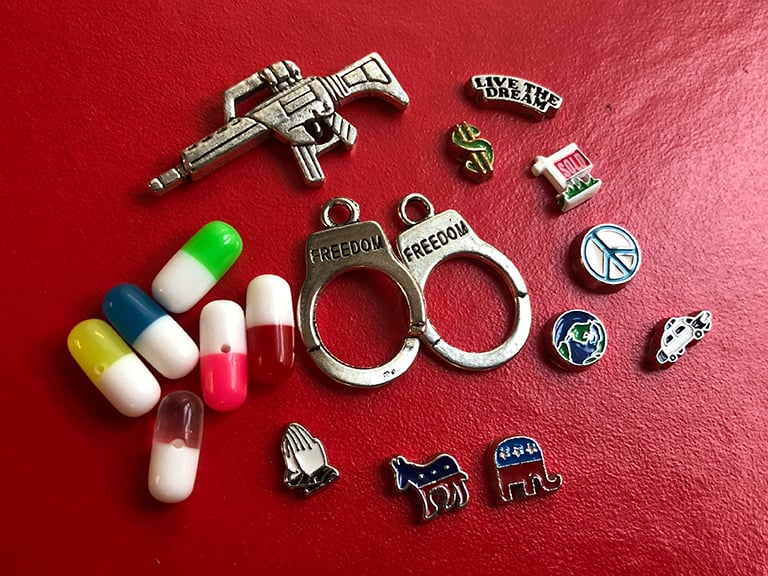 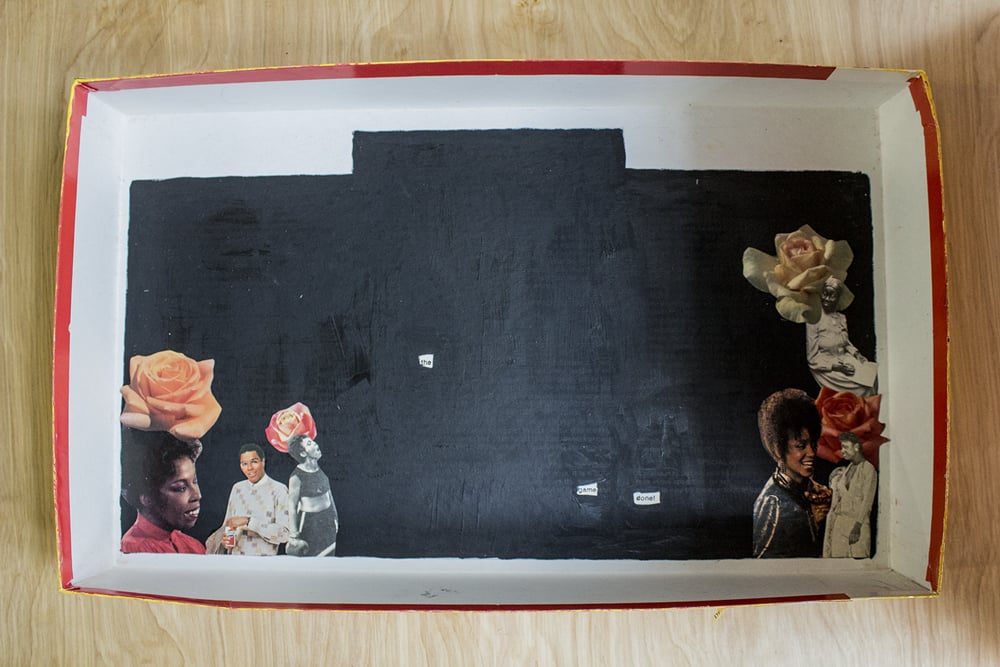 In Western history the racist fetishizing, caricature, and stereotypes of Black people is a legacy of white supremacist domination- a tradition continuing to this day based on fear, envy guilt. We have suffered from their delusions- that to be Black is something to be feared, dehumanized, and eradicated, as if we are a “pest” that can be controlled and scourged from the planet. We’re still here. Despite their beloved enterprise reigning terror on our lives. But what can we do to try to undo/reverse/block the psychic and psychological mess their pathetic magic brings in the pursuit of ultimate power?

“Cavity Sam” is the name of the patient, according to the original directions to the game “Operation.” Uncle Sam is on the operating table rotting from the inside out from his lies, delusions, and deceits, is the keeper of a terminal illness called manifest destiny, called colonialism, called capitalism. Through generations of persecution in this global circle jerk career of hate Uncle Sam projects his own dehumanization onto his victims, and in the end who here is the real caricature, stereotype, and fetish object?

Players, get ready. Live your lives: dancing, dreaming, loving. Fighting, writing, studying. We’ve struggled so much and frankly, it’s not on us to undo the bad juju tied like a noose around Mother Earth. But we’re intimate with these bonds of hate. So if you’re feeling good enough to try, feeling invincible after a memorable night, pick up a scalpel. Dominate these forces, examine them, throw them in the biohazard trash bin. Laugh at how ridiculous their efforts, how monstrous, how desperate they are to live in their nostalgic paradise of death and laugh a terrible laugh—that high/low tome of joy sounding out the blues and torrential sunshine of our fine-tuned souls. We’ve known your secrets all this time, Uncle Sam. Prepare yourself for the continuation of our reckonings.

Nikki Wallschlaeger’s work has been featured or is forthcoming in The Nation, Georgia Review, Brick, Witness, and POETRY. She is the author of the full-length collections Houses (Horseless Press 2015) and Crawlspace (Bloof 2017) as well as the graphic chapbook I Hate Telling You How I Really Feel from Bloof Books (2016). She lives in Wisconsin.
Online Store by Big Cartel
0