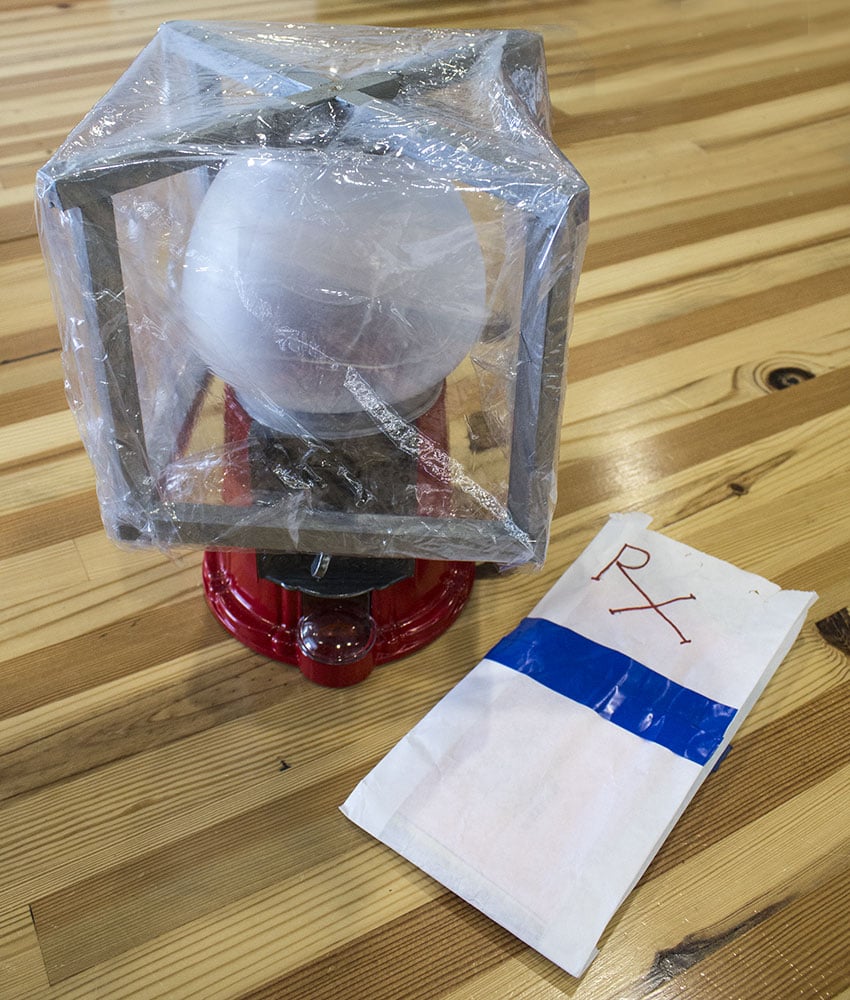 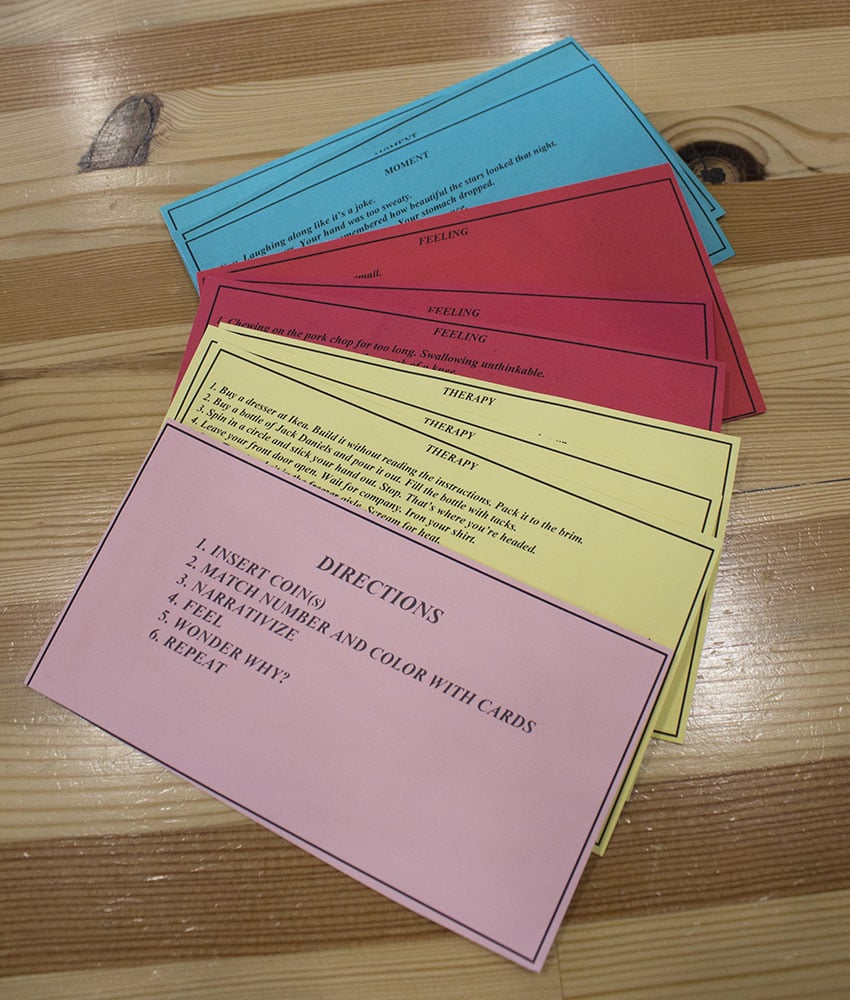 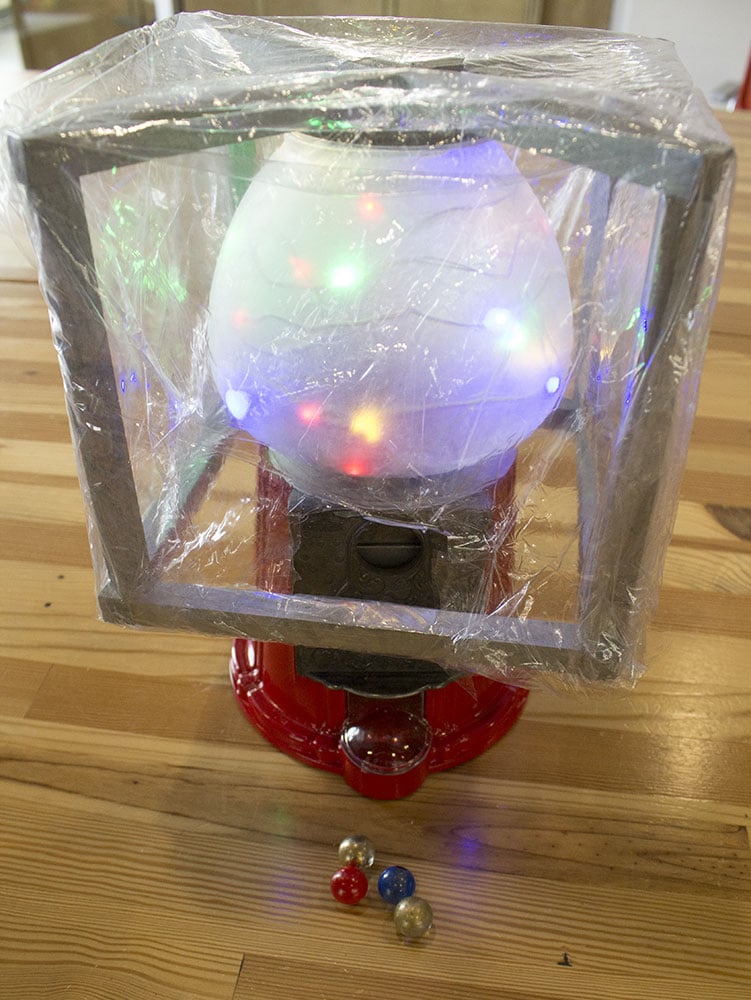 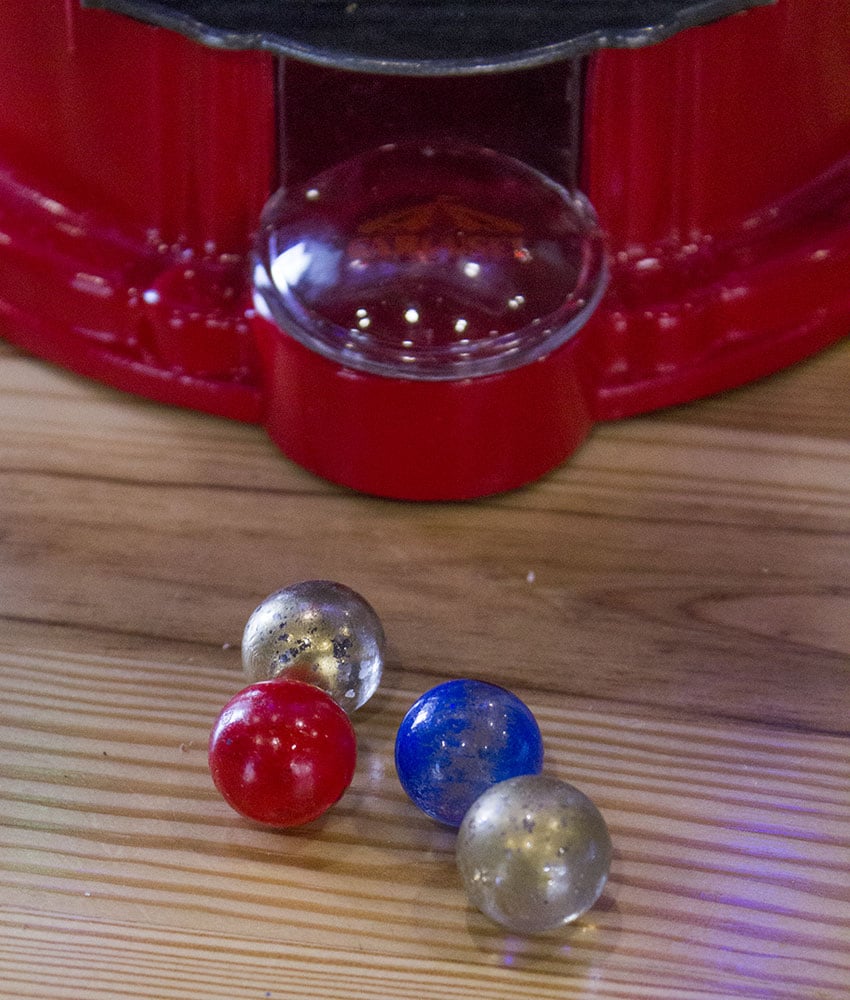 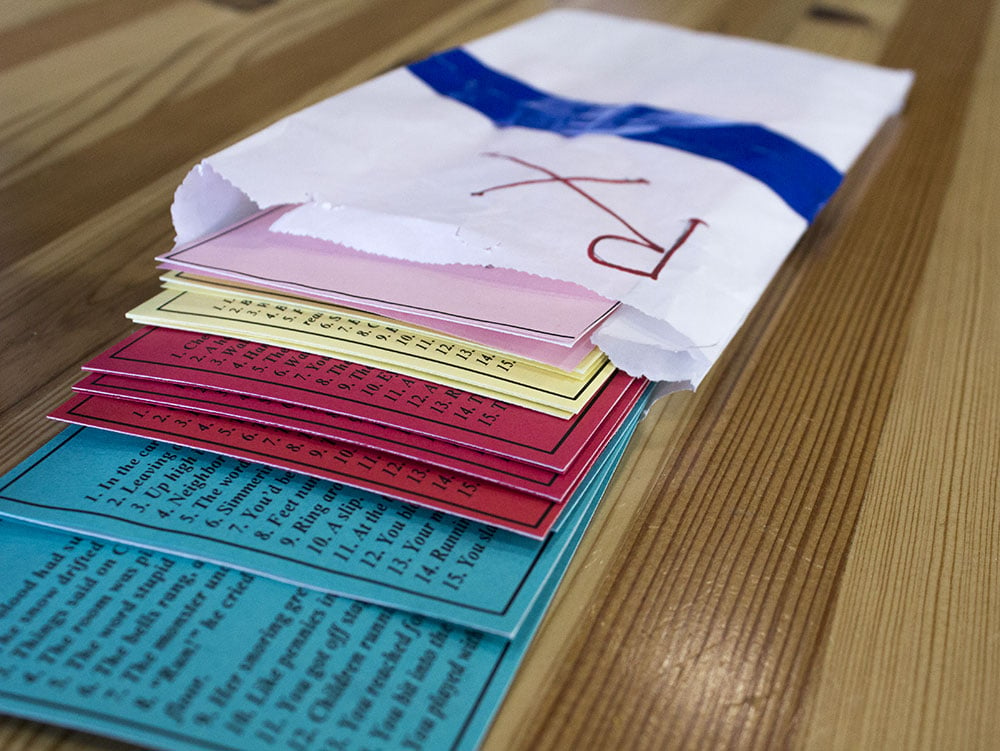 
When we were first given the gumball machine, our thoughts immediately turned to memories of childhood:  begging our parents for one more quarter and the urge to drown ourselves in sickly sweet emptiness. We  knew we wanted to maintain the kitschy amusement of the gumball machine while acknowledging and  interrogating the fact of exchange and money that is inherent in its operation.

As artists, we are both interested in ideas of memory and its application through art, i.e. art as therapeutic  practice. We’ve also both been privy to the way in which contemporary, and specifically American brand of  neoliberalism has warped ideas of self care. Not to mention the prospect of forgoing basic necessities to  pay for professional mental health care.

We brought these ideas to the gumball machine, desiring to explore the potential for therapeutic art while  also acknowledging the ways in which self care has been cheapened and fetishized.

Thus we have ​‘rally your marbles; a therapy machine’.

An object with multiple purposes, layers, and requirements if it is to work properly. First, the machine has a  frosted glass globe which contains marbles. The marbles are painted to represent three types of content:  Moments, Feelings, and Therapy. The marbles for moments are painted blue; the marbles for feelings are  painted red; the marbles for therapy are painted gold. Each colored set is numbered from one to fifteen, and  they are meant to point the reader to a corresponding moment, feeling, or therapeutic message found on a  card located in an RX bag attached to the outer cover. The machine itself suggests the human brain and  neurons firing; the cloudy glass the distortion of time and ego. With the outer box, we meant to emulate the  kitsch of an old fashion television or arcade game.

Through this project, we hoped to explore the ways in which we often force the memories and moments  from our past into narratives that make us feel better or lead us to something to make sense of the various  violences and pastoral scenes of earlier times. This object asks the reader to engage with the mechanism  by exchanging money for a marble that allows them to dive into the content. As a result of the randomness  of this engagement, the reader must do the work themselves to cohere the different outcomes into a  narrative. Ideally, this results in a reader who must then question their own conclusions about what the  story is and why they think of it as such.

In the end, we want our object to be playful and endlessly refreshing while also allowing the space for them  to interrogate the assumptions and histories that brought them to their impressions of


Drew Bevis is a writer out of Boston. He believes a word is never stronger than when its grasp on its own  meaning is weak. Find more of his work at ​S/Word​, ​Mannequin Haus​, and ​The Cafe Irreal. ​He believes  everyone reading this should join a revolutionary socialist party as soon as possible.

Amanda Spencer is currently a graduate student in the English program at the University of Massachusetts  Boston. She is fascinated with how villains become villains and constantly users her writing to try and  dissect the dichotomy between good and evil. Her hobbies include working on her young adult novel and  hanging with her three cats: Peepee, Buttercup and Squiggles.
Online Store by Big Cartel
0