The Action of Light / Rebecca Siegel 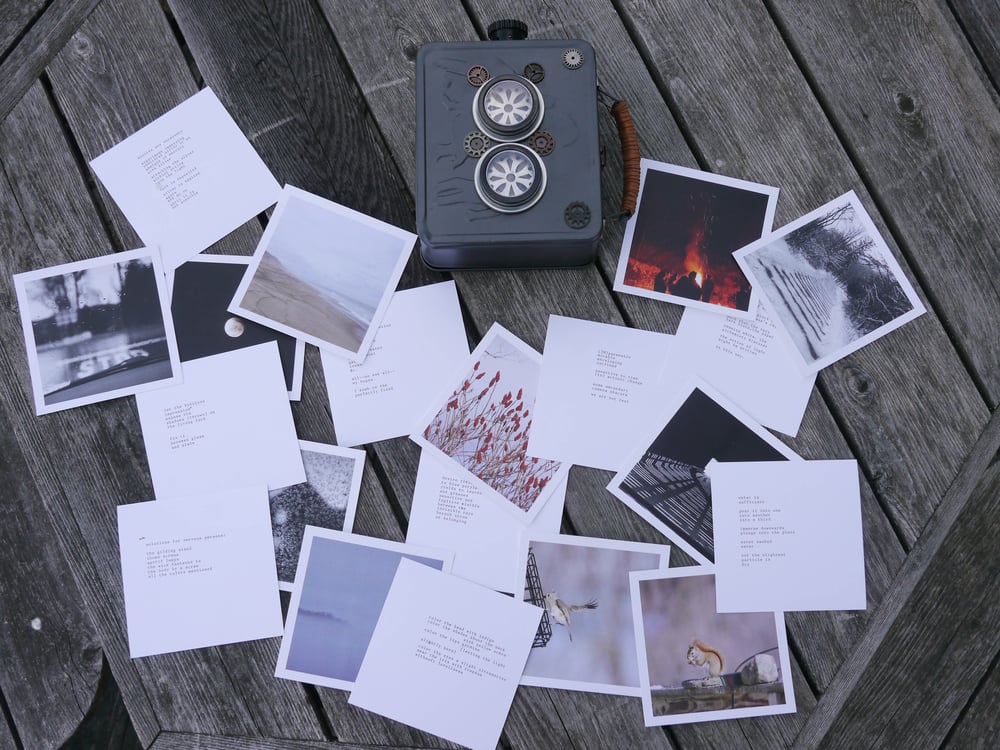 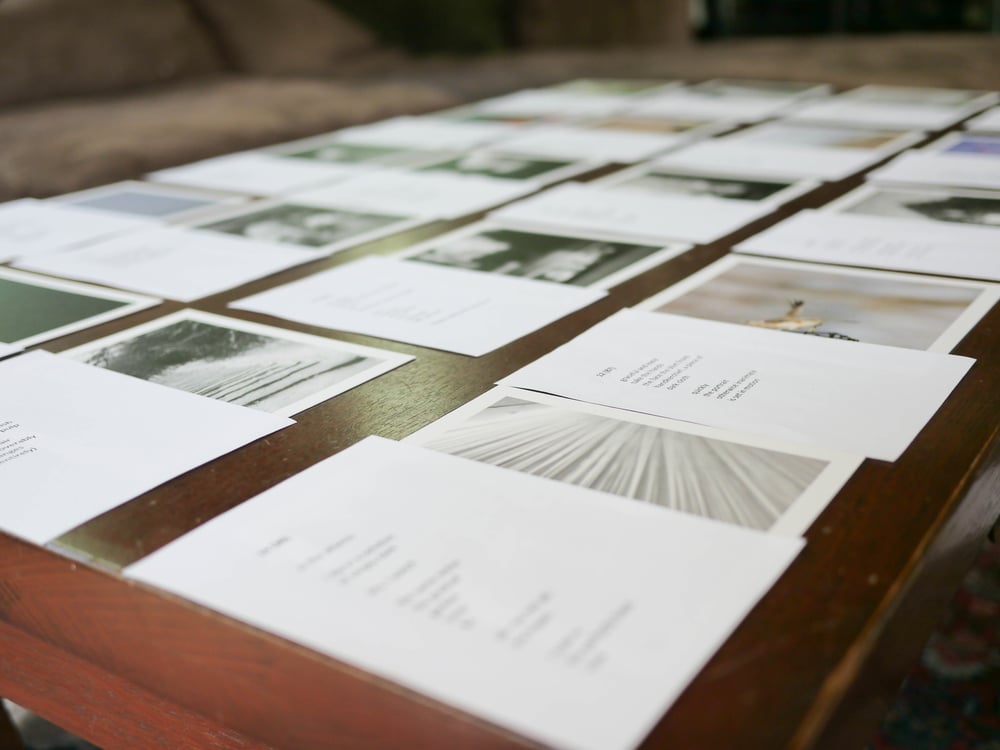 This project is part of Container's Multitudes series, which invites writers and artists to transform the same object into works of visual and literary art. In this series, participants were invited to interpret a vintage metal lunchbox. Proceeds from the sale of these items are split equally between Container and the artist.


When I first unpacked my lunch box, I felt very unsure about what my next step might be. I tried looking at the box from different angles. As soon as I set it on one of its short sides, I saw a box camera. After that, the ideas came rushing in.

I've been thinking a lot lately about the sometimes tenuous relationship between images and texts, including the captions we choose to put on photographs (some purely descriptive, some more evocative or seemingly unrelated), and have been interested in writing a collection that incorporates photos accompanied by text about what is unseen in the photos.

Inspired by Anne Carson's book Float (where each poem or set of poems is bound separately so that you can deal them out and encounter them in any order you like), I decided to create a set of image and poem "photographs" contained in the camera. It was important to me to introduce as much randomness into the project as possible, to see where connections and themes might be revealed, depending on the reader or viewer's gaze.

For the images, I randomly selected 20 of my own photographs taken in 2016. For the poems, I began with a freely available online source text and used die rolls to choose chapters and then pages within chapters from which to draw words. The source text is The History and Practice of the Art of Photography, by Henry Hunt Snelling (published by G. P. Putnam, 155 Broadway, 1849).

To write each poem, I chose specific words or phrases from the selected pages. I never altered the order of the words as they appeared in the source text, and I never added words not included in the source text, though I often changed punctuation and sometimes used only parts of words. I then paired photos with poems, again randomly. Since the source text describes early methods of photography, I found that many themes (light, shadow, equipment, chemicals, and time) easily emerged, but in some unexpected ways.

For the box itself, I decided to create the suggestion of a camera, functioning as a container into which the photo poems were "loaded" and then later extracted for viewing. (I'd also thought to use the thermos as a lens of some sort, but my experiments with that were unsatisfactory.) My hope is that the reader will remove the cards and reorder them—some image-side up, some word-side up—to make their own collections of poems and photographs. To encourage random selection, I included a 20-sided die as the "viewfinder" at the top of the camera, which can be rolled by turning the box and then used to select a card from the stack.

I wrote many of these poems on the days just before and after the August 2017 solar eclipse, when the action of light was very much on my mind.

Rebecca Siegel is a writer and photographer. Her poetry and essays have appeared online and in several journals, including Straightforward Poetry and Remedy Magazine. Her participation in the Found Poetry Review's 2015 PoMoSco project sparked her interest in found poetry. Since then she has completed several other found poetry projects, including "Shackleton Found" and "The Found Now." She lives in Vermont with her husband and daughter.
Online Store by Big Cartel
0